The Anti-Dave: NESN and the Propaganda Arm of the Red Sox

Home on the Range

Oh give me a home where the buffalo roam,
Where the deer and the antelope play,
Where seldom is heard a discouraging word,
And the skies are not cloudy all day.


NESN is not an independent voice, nor should it be. NESN is the broadcasting and propaganda arm of the Red Sox. And the skies are not cloudy all day.

Dave O'Brien, the Sox play-by-play announcer, is the Minister of Propaganda. He is the Anti-Dave (above). And the skies are not cloudy all day.

The sky is not falling; nor is the hyperbole. Yes, the Red Sox have enjoyed some outstanding performances this season - the timeless David Ortiz, the rebirth of Dustin Pedroia, the youthful exuberance of Mookie Betts, and the Comeback player of the century, Rick Porcello.

My 84 win projection will fall far short of the Sox 2016 totals. But all is not well on Yawkey Way. Frankly, as Evan Longoria's homer sailed majestically out of Fenway last night, I practically expected Minister O'Brien to remark, "And Buchholz has just participated in an engineering spectacle!"

Some broadcasters might have cautioned, "Evan Longoria is the one guy in the Rays' lineup that you can't allow to beat you." I'm sure that if Bill Belichick were watching something other than Arizona Cardinals game film that he would say that.

Maybe it's nitpicking to criticize hyperbole and Homeric platitudes from broadcasters. But we're regularly reminded about the sophistication of baseball fans of Ye Olde Towne Team. Fans hear about Sandy Leon ready to become the next Yogi Berra and throwing out over forty percent of baserunners. We know that David Price is in the E.R.A. Top Ten since July first.

But we're also plagued by, in Richard Pryor's words, "lying eyes." We see JBJ and Travis Shaw baffled by hard stuff upstairs and offspeed pitches downstairs. We watch Xander Bogaerts flail at outside sliders reminiscent of Will Middlebrooks. We're baffled by John Farrell's use of the Sword of Damocles bullpen.

It's perfectly fine to remember what Mom told you, "if you can't say something nice, then don't say anything at all." Maybe I'm going too much Shaughnessy, "I'm a columnist, not a reporter." But when you can't unsee reality, lying eyes aren't going to heal Red Sox Nation.

Looking for the Easy Button 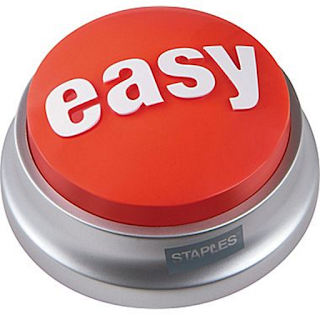 There is no Easy Button for the 2016 Boston Red Sox. The lowly Rays come into town and unlike a recent victory sparked by Clay Buchholz pitching and David Ortiz' running, last night authorities rounded up 'the usual suspects' with Buchholz surrendering a game winning homer to Evan Longoria. 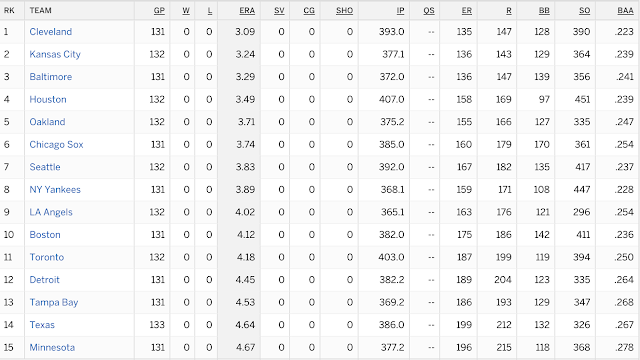 Championship delusions? These are pitching statistics from the 7th inning on. Dave Dombrowski's reputation was the inability to build a bullpen. To be fair, the breakdown lane of Carson Smith (bad delivery), Koji Uehara (age), and Junichi Tazawa (overuse) only partly belong to the Sox GM.

Last night it was the solar eclipse of Luke Maile's second career home run that set the stage for Longoria's dagger.

Championship teams are made of sterner stuff. But no worries. The Sox are working diligently on a new slogan, "hey, we're not last!"
Posted by Ron Sen, MD, FCCP at 6:49 AM 1 comment:

Red Sox fans endured a drought of epic proportions from 1918 to 2004. Occasionally, the baseball gods would, like Lucy to Charlie Brown, pull the football at the last moment to assure maximal frustration.

But Sox fans were rewarded with three titles in a decade before getting the twin killing of last place finishes of 2014 and 2015. Sox fans endured a pair of unwatchable, painful, pitiful seasons. 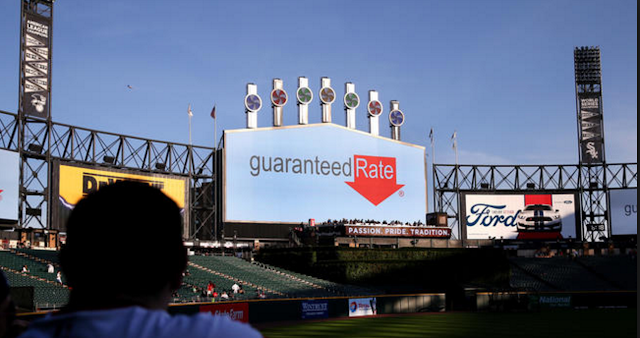 At least we don't suffer the indignity of a new stadium logo pointing south. And we don't have to go to Raytheon Stadium or Fidelity Field...not that I doubt for a moment that the Sox wouldn't consider it.

But what really matters is the product on the field. I haven't heard it but maybe the organization has proclaimed that anything less than a playoff appearance creates a failure of biblical proportion. They certainly haven't scrimped on payroll or making moves including obtaining Abad, Hill, and Ziegler. Meatloaf isn't going to rewrite that as "1 out of 3 ain't bad."

Sox fans may lament bad luck of injury, fatigue, or mean reversion. Every team experiences injuries...we don't want excuses. But another area in need of solution is the bullpen. John Farrell's reliever use won't be a positive case study at MIT's Sloan Analytic conference. Nobody can say anyone other than Father Time caught up with Koji Uehara. But Papa John running out Junichi Tazawa over 200 times in three seasons looks to have burned out the righthander.

Tazawa's WHIP ratio is up and his K/BB ratio has dropped.

But the biggest arguments about the manager surround late game matchups. Fans wonder about the lack of roles (aside from closer Craig Kimbrel), the individual battles, and the underachievement in close games.

But I can't fault Farrell for the slumps or fatigue of Bogaerts, Bradley, and Shaw. Whether Fenway can alleviate if not cure batting woes remain to be seen. The bigger question is whether this is a championship team? Telling a lie doesn't make it so.