I saw a great pitching effort today. But it wasn't at Fenway. 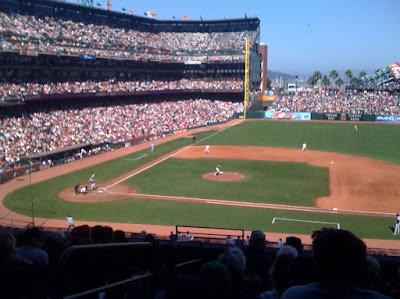 Tim Lincecum above (Cy Dwarf) won his eighteenth game, and had strikeouts for the first nine outs of the game, the first time that has been done since 1986. Amidst chants of "Beat LA" the Giants' ace fanned thirteen as the 24 year old showed why he is one of the top pitchers in the game. 39,167 fans showed up, and Manny sat out with many of the LA regulars.

AT&T Park is truly magnificent, with a great fan environment, terrific sightlines and as my son reminded, a great experience instead of a winnng team. The park footprint must be triple Fenway.

Conor also remarked the Giants were a team where AL players 'went to die'. The Giants' lineup included Rich Aurilia, Benji Molina and Omar Vizquel, and Randy Winn and Dave 'The Steal' Roberts came off the bench. I don't think anyone on the Giants except maybe Molina could start for the Sox. Vizquel's departure in the fifth was met with a terrific standing ovation, as he has played more games than ANY other shortstop.

The Giants fans also cheered the Mets' elimination. Dislike for the New York franchises is near universal.

The Sox played out the string, readying for the playoffs, with Dustin Pedroia likely coming up just a little short for the batting title. Jacoby Ellsbury extended his hitting streak to 18, and let's hope that Jonathan Papelbon got a tough outing out of his system. Moose Mussina got his 20th which might help his HOF candidacy.

The Sox have to beat the Angels one way or another, and does it really matter whether its the ALDS or ALCS?
Posted by Ron Sen, MD, FCCP at 11:20 PM No comments:

None of us can know how the Lowell injury will impact him going forward. He's obviously a gamer, but it became painful to watch him play.

Kevin Youkilis is certainly an insurance policy, especially with Lars Anderson coming fast from the minors. Anderson is that tantalizing 'Justin Morneau' kind of first baseman that Sox fans can look forward to.

L'Affaire Ramirez just won't die. However, the New Guy, a.k.a. Jason Bay has hit almost .300 (.299) with eight homers, thirty-six runs, and thirty-four RBI in 41 games. Not too shabby. He actually looks like he's having fun, too.

Jon Lester has been terrific this season, but is Rogers Center his Waterloo?

Alex Cora has played some terrifically creative infield this season. But today's creativity was just a bit overdone as he had zero chance to make the play at home.

Jacoby Ellsbury seems to have coped with the inside fastball, now with an eleven game streak. Unfortunately, Jed Lowrie looks as though he's going to get the same treatment.

Speaking of Ellsbury, how many rookies have had 50 stolen base seasons (JE has 49)? Well, the rookie records are 66 (Kenny Lofton) and, gulp, 110 by Vince Coleman. 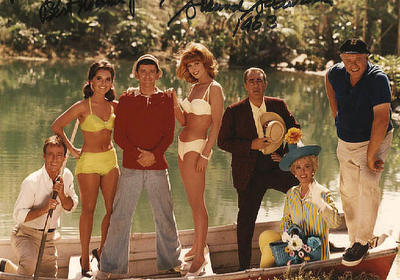 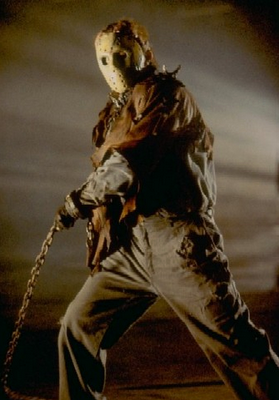 I'm sick and tired of the Rays. Kazmir, Shields, Garza, Sonnenstein. Iwamura rubs all of us the wrong way (right, Coco?) and why can't we get guys like Carlos Pena? The $%&#ing Rays have become Jason Voorhees. Even when they look vulnerable, they keep finding chainsaw or chain or axe or chair leg or something menacing. Of course, the Angels just bring nuclear weapons. 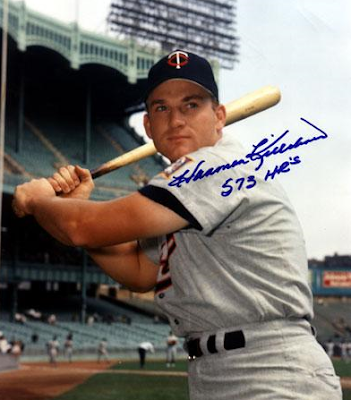 A Birthday present for Jason Bay? How about one of those Harmon Killebrew backspin flyball homerun to left field? Anybody old enough to remember 'the Brew' and Tony Oliva?

I didn't see all the tomato plants in the Sox bullpen. 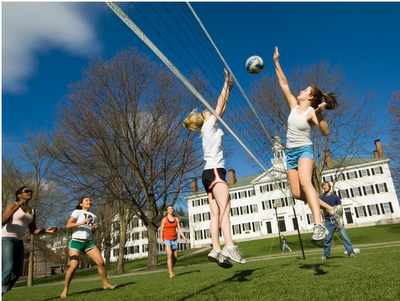 I guess daughter Paula (right), part of the Dartmouth 2009 calendar, and her twin sister Karen would rank at the top. How 'bout them ups?
Posted by Ron Sen, MD, FCCP at 1:43 PM No comments:

The Red Sox had a problem at Fenway Park. It wasn't managerial incompetence or a lack of talent on the field. The problem was Fenway Park and the ballpark experience.

Adding seats contributed revenue, as did more signage, and aggressive merchandising. But more than renovating the ballpark, they improved the experience.

On a previous visit to Fenway, I criticized fan behavior that frankly embarrassed me and my family, with drunken, disorderly, foul-mouthed fans ultimately removed in the eighth inning. The Sox provide a Help Number to address this before the game. I saw and heard no problems.

The concourses are much improved for negotiating the ballpark. Historically, the sound system wasn't great, but the musical selection was worse. The infield looked terrific and the ground crew repeatedly manicured it during the game.

No, every fan didn't get a visit from Sox VP of Merchandising Sam Kennedy, but he wasn't visiting me, rather my host from San Diego. My host was more than excited to have his first trip to Fenway, but another fan sitting in front of me (a firefighter from Phoenix) said he was practically in tears upon entering the park.

And the game didn't prove to be a sidelight. Jon Lester showed again why John Farrell predicted he could be a big winner, dominating the Blue Jays after yielding a first inning home run. Mike Lowell had an outstanding game at third, and the Sox got the benefit from several close calls on the bases. Jason Bay proved his value, and Jacoby Ellsbury was hell on wheels on both the bases and in the outfield.

Jonathan Papelbon's 38th save lacked some artistic qualities, as the Jays hit him hard as he couldn't find the strike zone with his splitter, but a close call on an Overbay wall ball double bailed him out.

Yes, the concession prices are about a standard deviation of excess beyond Disney, but hearing "Dirty Water" made up for that.
Posted by Ron Sen, MD, FCCP at 5:45 PM No comments:


I saw a fellow wearing a Red Sox "Ramirez 24" jersey the other day. Okay, we like the Sox and maybe even Manny, but if I had a Sox Ramirez jersey, would I wear it, or burn it in effigy? Burn, baby, burn.

Terry Francona has done a great job as Red Sox manager. I'll give him a pass on practically anything, but I'll argue that his decision to bring in an 'unrested' Jonathan Papelbon last night affected TWO games, last night's and tonight's, as now Cinco Ocho is unavailabe tonight. No problemo, Tito.

Jacoby Ellsbury makes another diving catch tonight. Does he time it just right to make these diving catches? We used to call those guys 'shapers' back in the day.

A US Olympic hockey player came over to my house tonight to visit my daughters, and even watch a little of the Sox game. Best news? She brought macadamia nut, white chocolate chip cookies.

If you could have a vanity plate with a Red Sox memory etched in just six characters, what would it be? Maybe SOXWIN.

Jason Bay has made himself a nice niche in left in a short time. Finding corner outfielders with some pop isn't so easy.

I'd like to see J.D. Drew back in right soon. Mark Kotsay's a good short term guy, but he's not Drew. Never thought we'd think that.

Every day in baseball you see something you never see. Fan interference tonight, although not of the magnitude of Jeff Maier or Steve Bartman. 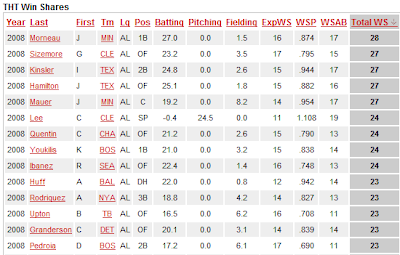 MUST READ from The Globe

Michael Bowden. Can we get a transfusion for Buchholz?
Posted by Ron Sen, MD, FCCP at 6:12 PM 1 comment:

Ka-ching! The Red Sox established the MLB record for consecutive sellouts tonight, with the Sox leading 3-0 in the eighth inning. Jon Lester re-established himself as the co-ace of the starting staff with 7 2/3 innings of shutout baseball punctuated by 9 strikeouts. When the Rays threatened in the eighth with a pair of runners in scoring position, Jonathan Papelbon came in to blow away Rocco Baldelli (authoring a Golden Sombrero with four strikeouts) with 97 mph heat.

Who would have thought in April that a September series with Tampa would have so much meaning? My (nameless) Yankee fan friend finds this season 'boring'. Who would've thunk it?

The Red Sox have an astonishing impact on everyday conversation in the hospital. We're still debating the Mannygate departure. A nurse called me over to show me her notebook, with an 8 1/2 by 11 inch color photo of Mike Lowell. Another nurse, (I'll call her Melissa) waxed apologetic over 'Wake's' disaster Saturday. "Quality time with your hospital family."

The hospital has sponsored raffles for various Red Sox tickets, and trinkets, as well as a silent and open auction for sports merchandise. Yes, I picked up a framed print of 'The Greatest Comeback Ever'. For charity, you know.

Is there anything I don't like about Fenway? Well, all the signage behind home plate annoys me, but we never complain about the free agents they sign with that dough. The Amica "pitch zone' still looks just a tad small to me. I still like the straight down the barrel view behind the pitcher that eliminates the parallax that altered the 'true' strike zone.

The Sox have just begun a minimarathon of games with Tampa and Toronto, first at Fenway and then on the road. Playing good baseball in September causes carryover into October? I don't know, but at least it 'feels' better.
Posted by Ron Sen, MD, FCCP at 9:20 PM No comments: 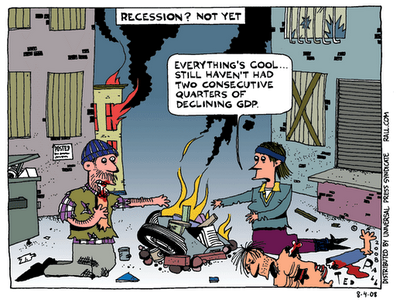 Blind adherence to data, especially bad data, and you need a checkup from the neck up. Still...

The Red Sox, at least in the history I know, struggle with Texas. Why the difference in 2008? The Rangers still have a potent offense, but okay, their pitching lacks a certain savoir faire.

Where would the Sox be without Coco Crisp, who has well over 300 plate appearances, and has done yeoman work lately?

Is Jacoby Ellsbury finally starting to handle that inside stuff? Do you think he could run back kickoffs for the Patriots?

Jason Varitek looks like a new guy at the plate. Was it just a matter of mean reversion?

Does anybody seriously think the Sox would have played this well with Manny Ramirez on strike?

Will the real Manny Delcarmen please stand up? In his last ten games (prior to tonight) he pitched ten innings allowing 3 hits, 2 runs (both in one game), 7 walks and 11 strikeouts. He can overpower opponents and frustrate fans.

How important is having Josh Beckett back healthy?

So you think winning the division isn't a big deal? You want home advantage and the Central, or a road start in Anaheim?

If you think performance enhancing drugs are no big deal, then why do a lot of "old guys" (35 and up) look like old guys?

Does the various 'striping' of the grass at Fenway ever make you long for 'plain old green grass'?

Do you think DeMarlo Hale has the best 'waving average' of any third base coach in memory? Is their any comparison with Dale Sveum?

Has any player's wife (Justin Masterson's) ever ingratiated Don and Jerry more favorably with cookies? 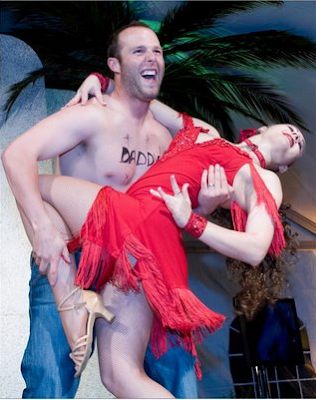 Did Mike Nagy wear 15 with the same style and flair as Dustin Pedroia?

Does Mark Kotsay remind you of B.J. Surhoff with his energy, ability, and hustle?

How many guys have returned from the designer injury "oblique strain" with a home run in their first at bat?

Coming into tonight, Jason Bay has scored or driven in 189 runs, Manny Ramirez 185. Who would have thought that?

Where would the Sox have been without J.D. Drew's hitting when David Ortiz was out?

Would you believe the Sox are second in the AL in runs scored, behind Texas?

Do you know the Sox are fourth fewest in the AL in errors with 74? Where would they have been without Julio Lugo?